More than 15,000 general public each year visit CCMB throughout the year - only to understand what scientists do, and how their work impacts society. CCMB gets the major chunk of this footfall on its Open Day. Celebrated annually on September 26th to mark CSIR’s Foundation Day, it is a day when the institute opens up its gates for public to come and interact with its scientists, see the facilities, and contextualize the research that the institute does.  Most of the visitors are school and college students and educators.

In addition, there are multiple programs spread across the year which help taking science to targeted populations based on languages, forms of content, and modes of engagement.

Schools and colleges can pre-book their visits to CCMB any time of the year by writing to director[at]ccmb[dot]res[dot]in. A slot mutually convenient for both will be allotted. For a group size of 30 or lesser, we can organize a lab session. For larger groups we can offer discussion sessions and a walk through our facilities. 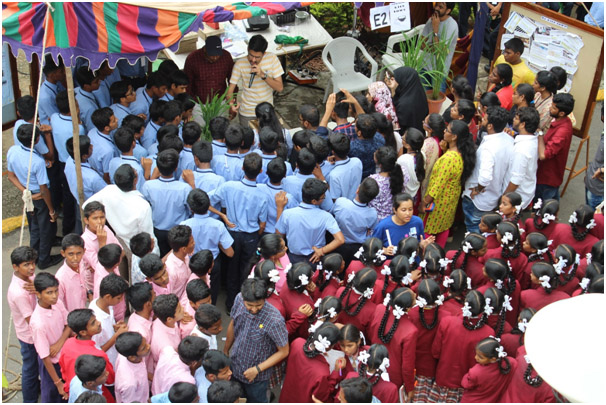 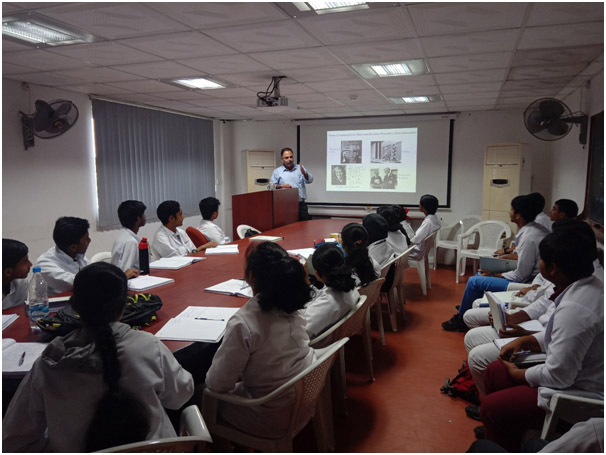 Running for 7 years now at CCMB, YIP provides a platform for school students to spend an extended amount of time with scientists here. Of around 200 interested students from schools of Hyderabad as well as nearby districts the top 10% are selected for the 2-week program on the basis of a screening test. During this period, the students interact with young and senior scientists alike. They have deep discussions to understand the motivations that drive scientists, and activities to appreciate the scientific methodology. At the same time, they carry out experiments and build instruments to feel the excitement of doing hands-on science. We now also encourage them to think of science in novel ways such as while writing fiction, and engage with global concerns of climate change and antibiotic resistance through their interactions with ecologists and wildlife biologists, and microbiologists respectively at CCMB.

Over years, parents and teachers of the participants have suggested us starting similar initiatives across the country for different socio-economic backgrounds. The teachers have often mentioned the excitement their students feel in biology after being a part of YIP. They say the program helps change the mindset around studying biology - one from rote memorization to appreciating the beauty of life around them.

Started last year this program provides a platform for motivated (high school onward) students to choose a lab of their choice at CCMB, and spend a day according to the mutual convenience on both sides. This allows for a much larger number of students to have detailed discussions with our scientists on their work.

What make a Scientist

Young college students often think of science only in terms of the modern techniques, and not on the question one addresses. We started the workshop - What makes a Scientist, to inculcate the habit of questioning among college students. We use art to make them observe and question things around them. We introduce them to scientific methodology, scientific literature to enable them to ask more relevant questions - that can potentially become their research proposals. 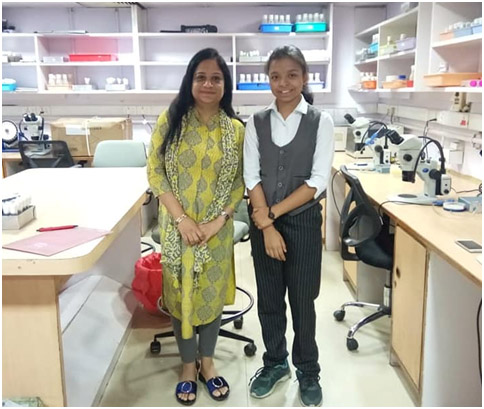 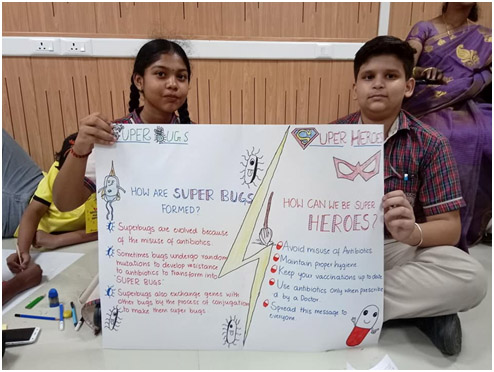 One of the most urgent healthcare challenges of this century is the emergence of antibiotic resistance. Yet it stays much undiscussed among the public. Through the Superheroes against Superbugs initiative we have developed lesson plans for conducting workshops with secondary school students of the country, and conducted workshops with students in the city. The idea is to create champions among the soon to be decision makers of antibiotic usage. We also believe this age group can influence the behaviour of the adults around them in many ways. We have also started training potential trainers in other cities. We are now creating an awareness video that talks of the spread of antibiotic resistance in an Indian context.

In the month of October each year, we engage with school students and educators across the city to discuss and appreciate wildlife, in and beyond the urban spaces. We conduct art and quiz competitions for the participants followed by a public lecture. The Friends of Snakes Society in Hyderabad delivered a public lecture and demonstration for the participants. Around 60 students engaged with us this year discussing various facets of wildlife.

We have initiated a challenge for high school students (grade 9-12) to identify impacts of climate change in their local surroundings, and ideate solutions to combat them. We partnered with KV Rao Scientific Society’s SPARK Innovation Awards to widen the reach of the challenge to the 5 states of southern India. Of the 50 plus entries that we received, 10 were invited to Hyderabad to present their ideas to judges from different institutes of Hyderabad, in addition to our scientists – Tata Institute of Fundamental Research, Jawaharlal Nehru Technological University, and Suno India podcast makers.

CCMB publishes an annual science magazine in Hindi – Jigyasa focusing on a current topic relevant to scientists and society. The topic for last year was Omics, and the magazine highlighted advances of the scientific community in doing large scale studies of cell’s molecular biology.

In addition, we contribute articles to other regional science magazines/ science communication organizations. Bigyan in West Bengal and Radio Loktak in Manipur have been the avenues that we have contributed into over the last year.

What the Science videos

CCMB started a series of videos called What the Science on its YouTube channel. The PhD students of the institute have scripted and produced several videos based on questions that visitors at CCMB often leave for us. The videos cover topics such as heredity, development of organisms, and structure-function relationship of proteins. The aim of running this series is to have quality content being presented by young researchers of the country for the social media audience. The comments that we have received on our channel shows the content has helped people in many parts of the country.

Literacy is often a huge barrier between understanding as well as expressing one’s thoughts on science. We have done workshops in public spaces during this year where we have integrated talks by scientists at CCMB with workshops on zines and comics making. This has enabled the participants to not only engage with the scientific discussion but also carry a self-made souvenir with them back home.

We also produce zines that lucidly talk of the research done at CCMB. 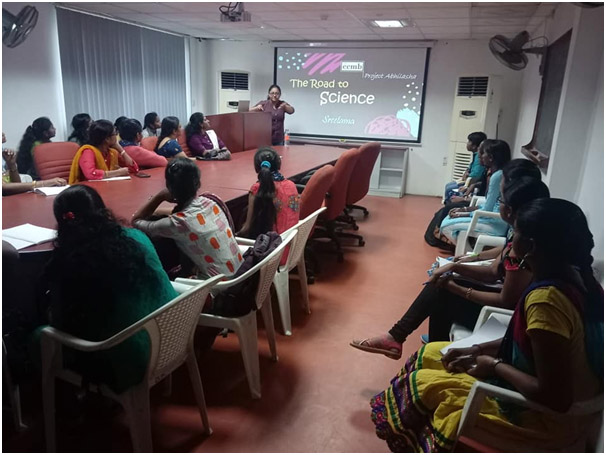 Engaging with writers on science

This year we engaged with amateur and aspiring writers at the Hyderabad Literature Festival as well as at CCMB. We discussed how a better understanding of science can improve their fiction writing. We informed them on various ways they can access scientific literature (reviews and popular science articles from reliable sources). The participants utilized these to write stories with aspects of science portrayed from their perspectives.

CCMB’s PhD students mentor undergraduate students of the colleges in the city. This year, we are working with the 3 Telangana Social Welfare Residential Degree Colleges in the city. 5 of our students intensively mentor 30 of their students and 5 teachers to learn how to access scientific literature as well as critique it for 5 months. At the end of the program in March, the mentees will be expected to present a classical research paper. The program aims to train college students and teachers in scientific methodology through dissecting a classical paper that is relevant to their curricula.

Stay connected with us through our social media channels to know of the latest announcements of these programs.